13 Cars That Were Way, WAY Too Close To Crashing — OMG 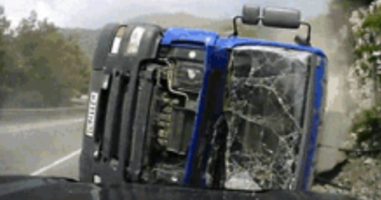 googletag.cmd.push(function() { googletag.display(‘VN_PG_DTBT_ATF’); }); We’ve all been there: the almost-crash. And if you’re like me, you obsess over those small moments on the road where the possibility of crashing was just way too close for comfort. Whether you can blame it on the weather, the other driver, or just have to admit you deserve the […]

One Man Survived A Random Accident On The Highway, All Thanks To His Steering Wheel 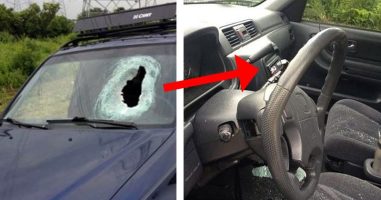 Many of us spend so much time driving that we forget just how dangerous it really is. If you think about it for a moment, though, you’ll realize that driving is one of the riskiest things anyone can do. Despite advances in safety technology, car accidents still account for a huge percentage of deaths in […]

The Perfect Crime: Man Steals A Cow By Getting It Into His Hatchback Car. 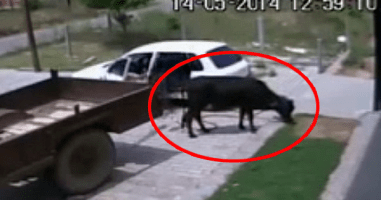 I’ve seen some crazy security camera footage in my time, but none quite as crazy as this. Seriously. One moment a cow is sniffing around outside a house, looking for some tasty grass, then the next a man steps out of a hatchback car and with the help of a friend actually starts to push […]

This Girl Got A Massive Shock When She Went To Open Her Car Door — It’s Nuts! 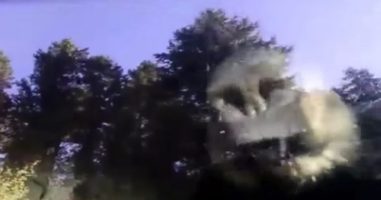 googletag.cmd.push(function() { googletag.display(‘VN_PG_DTAT_ATF’); }); When she walked into her driveway one morning, this young woman came across something in the back of her car that sent shivers down her spine. When she looked into the back window, she saw something that no one — no matter how much they love animals — would ever want […]

He Turned His Jeep Into A House On Wheels. This Is Amazing! 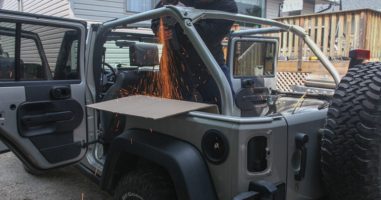 Dan is no stranger to adventure. Just a few years ago, he took to the open road and drove a Jeep from Alaska to Argentina…covering 17 countries over the 22-month trip. What did he learn from that journey? That he wanted to keep traveling! So, after a few years saving up and planning his next […]

Not Another Person With No License