The Day of the Dead Isn’t Just a Zombie Movie, It’s a Really Creepy Holiday. 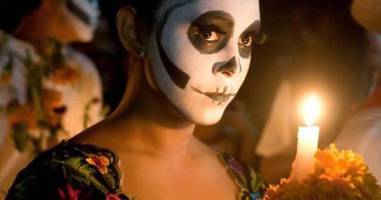 Last week was the ever-spooky holiday of Halloween in the United States. However, in Mexico and parts of South America, there was another holiday going on that is definitely creepier than Halloween. It’s called the Day of the Dead. Like the original Halloween, the Day of the Dead is for remembering the dead. It’s celebrated every […]

A Tiny Squirrel Just Did the Most Halloweenish Thing Ever. You Need to See It. 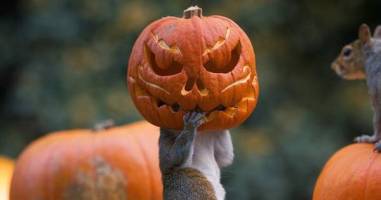 London-based photographer Max Ellis couldn’t bear to hear his kids gripe about carving their pumpkins. To get everyone in the spirit of Halloween, he decided to have some fun and carve mini pumpkins, but with a twist: he suspended each pumpkin and cut holes in the bottom. Why the bottom? Because Max had a neighbor who […] 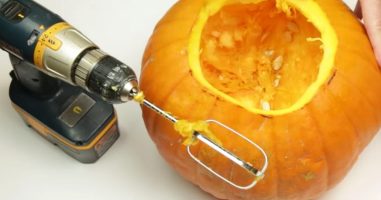 Pet owners know that Halloween is a stressful time. You have to figure out a perfect costume for yourself, and for your animal friend, too. This can take a lot of brainstorming and cause some frustration. Luckily for you, these pet owners already figured out the best pet costumes money can buy. Rest easy and get one […]

This Is What Would Happen If Disney Characters Dressed Up On Halloween.

It’s fun to think of your favorite characters as though they were everyday people. You can even imagine what they’d do if Halloween was right around the corner. That’s exactly what artist Isaiah Stephens was thinking about when he created his Halloween series. It features some beloved Disney characters donning other iconic outfits for what we […]

It’s finally fall and you know what that means: your porch is in desperate need of a jack-o-lantern. Instead of the same old silly face you create every year, why not try to kick it up a notch with your carving knife? Take a look at some of these impressive pumpkins and you’ll definitely get inspired […]

I am literally gonna do this 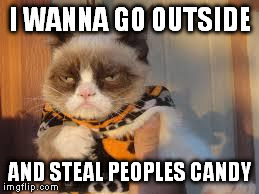 We all know how it goes. You start the Halloween season with high hopes of crafting a costume that will blow everyone away. You carry the image of it in your head. You tell yourself that this will be the weekend when you finally get to the store to put your masterpiece together.   This never […]