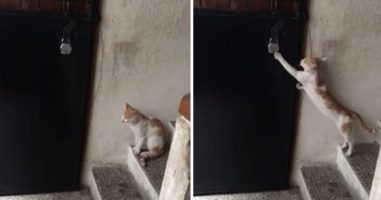 There are so many professions that have simply become a part of history because of technological advances. People who made buttons for telephones (they don’t still have those anymore, right?), workers who made floppy disks and CDs. But one profession that’s especially nostalgic are traveling door-to-door salesmen. You know, the ones who you would pretend […] 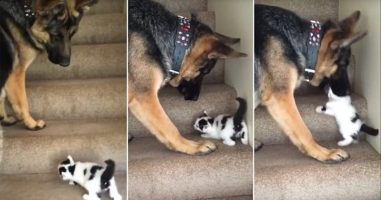 googletag.cmd.push(function() { googletag.display(‘VN_PG_DTBT_ATF’); }); Big dogs get a bad rap. While many think they are aggressive, the truth is, they’re just as cuddly as a tiny corgi or a golden retriever. Tennyson is proof of that. He’s a male German shepherd who absolutely loves to help out around the house. One of the tasks that […]

This Street Performer Has The Tiniest, Most Devoted Audience Ever 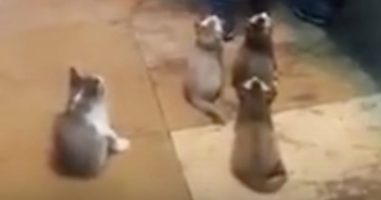 I’ve seen so many street performers that, sometimes, they seem to blend together. But this guy? He’s clearly got something special going for him… When he started playing his guitar for local passersby, the man was surprised when a few guests stopped to really enjoy the entire show. Just take a look at who relished […] 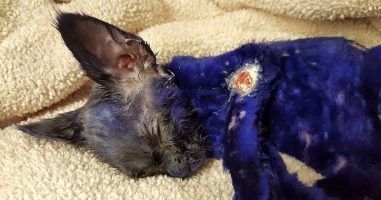 Meet Smurf — his body was beaten, tortured, burned, and abused…but his spirit never crumbled. Facebook / Nine Lives Foundation This terrified kitten (who is approximately 2 months old) was dropped off at a San Jose animal shelter in California this week. Not only was his fur dyed purple, but his body was covered in […] 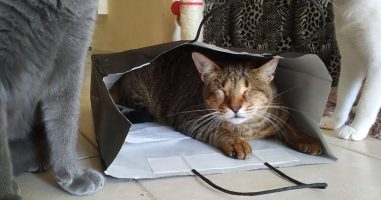 googletag.cmd.push(function() { googletag.display(‘VN_PG_DTAT_ATF’); }); Two years ago, three cats were left in an abandoned warehouse in Dubai. The brother and two sisters were blind and faced certain death had their rescuers not found them. They went into foster care and the brother, Blue, was actually adopted… But when he couldn’t find his sisters, he became […]