You disagree with my opinion? 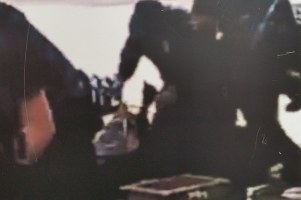 The homeless man shot dead by police in a struggle captured on video Sunday was reaching for an officer’s weapon, the Los Angeles police chief says. Los Angeles Police Chief Charlie Beck said Monday the fatal shooting of a homeless man was a terrible tragedy that could only have been avoided if the man had […]